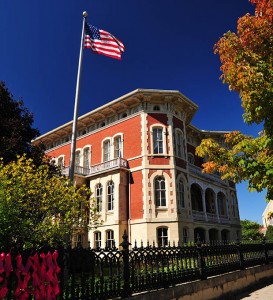 Built before the Civil War, this ornate 50-foot-tall Italianate mansion was constructed by William Reddick, a leading philanthropist, businessman, LaSalle County Sheriff, and Illinois State Senator. Standing on the corner of Columbus and Lafayette streets in Ottawa, Illinois, the magnificent structure anchors the Washington Square national Historic District and remains as a tribute to the architecture, times, and people of a bygone era.

Commissioned in 1855 and completed in 1858 in time to witness the first Lincoln-Douglas Debate across the street in Washington Square, the splendid mansion was the home of the Reddick family for nearly 30 years. The twenty-two-room building was designed by two prominent mid-western architects: William B. Olmsted and Peter A. Nicholson.

The Reddick Mansion is known to be one of the most expensive and ornate residences ever constructed in the Midwest during the mid-1800s. Few other pre-Civil War homes in Illinois compare to the architectural quality or complexity of the Reddick Mansion.

Numerous factors contribute to the distinct details of this Italianate structure – the use of polygonal bays, a “basement” that was at ground level, the colorful contrast of cream Lemont limestone and rich red brick, and the ornateness of the roof brackets. This style in the interior translated with the use of extremely ornate plaster ceilings and fifteen elaborately carved marble fireplaces of which seven remain today.

Upon his death, Reddick’s will be stipulated that his home should become Ottawa’s first free public library. In addition, he provided a substantial endowment for its maintenance. The Reddick Mansion thus served as Ottawa’s Public Library from 1888-1975.

The Reddick Mansion Association was formed in 1975 to preserve, restore, and maintain this gem of Midwestern architecture. Tours are available Friday through Monday at 11 am & 1 pm.  For additional information, call 815-433-6100 or visit www.reddickmansion.org. 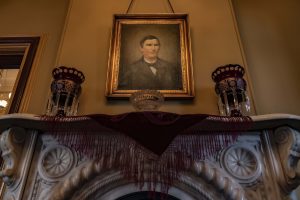 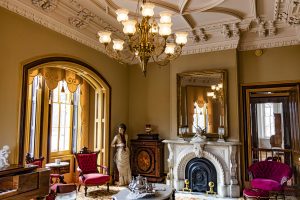 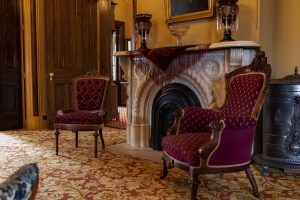 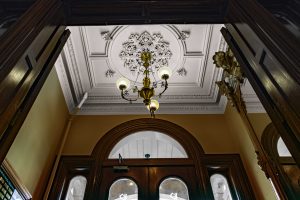 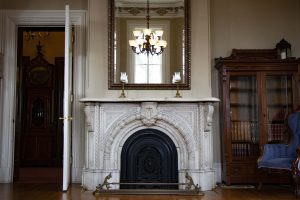 “OTTAWA IS BLOOMING” AT REDDICK MANSION

Not only has the exterior of the Reddick Mansion received a “facelift,” but the grounds have undergone a transformation, as well. Attention has been focused on nurturing existing plants, developing color and variety in plantings and creating interesting vignettes throughout the garden

Under the direction of Roger Hooper, chair of the Reddick Mansion Association’s Garden Committee, several new additions were added to the grounds this spring: a Victorian mailbox, an armillary (precursor to the sun dial), a gazing ball with an ornate base, a white resin Cupid, and two large flower urns at the base of the front staircase.

These purchases were made possible through a Funk family donation given in memory of Esther Funk, long-time RMA board member and past-president.

Hooper and his wife, Judy, also donated a series of 5-foot-tall statues, “Goddesses of the Four Seasons,” which were placed in front of the brick wall on the west side of the property.

Another volunteer Sarah Fahlmark designed the plantings for the new flower urns, as well as for the raised flower bed on the east side of the Mansion. 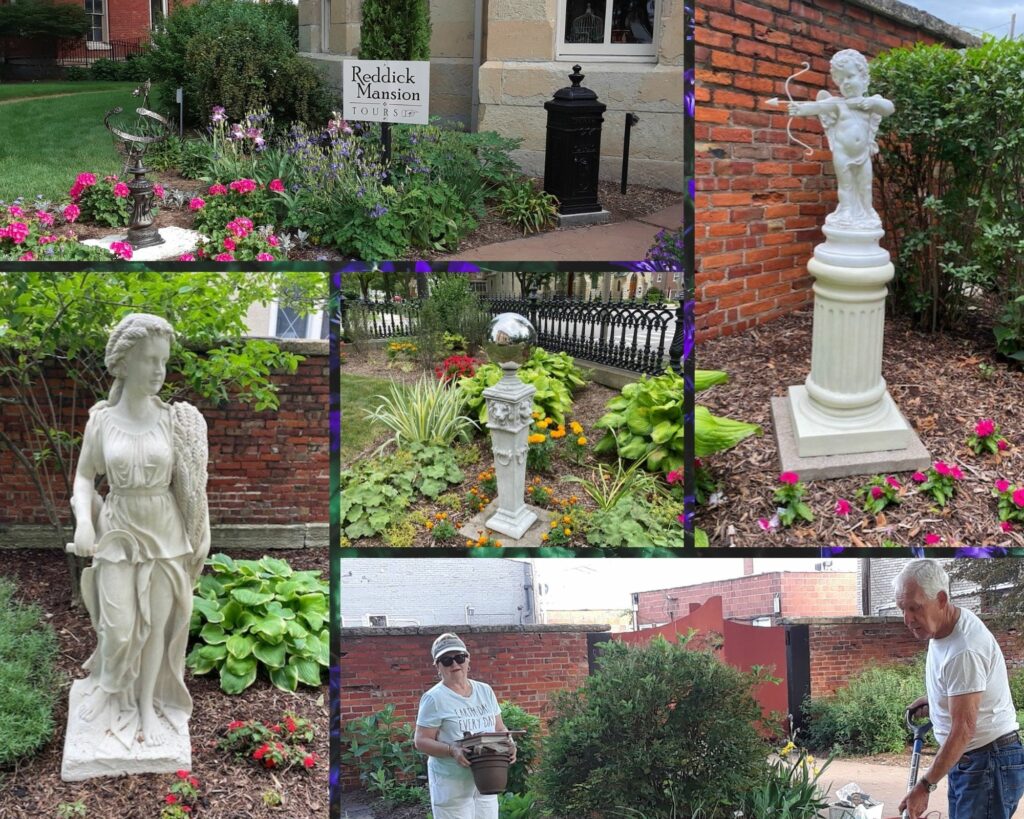